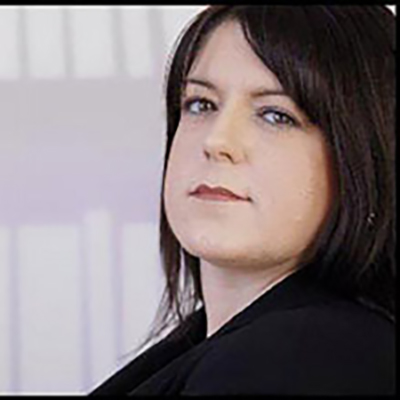 Louise Macdonald, chief executive of Young Scot, shares her thoughts on why community councils are pioneers in engaging young people in the democratic process.

Recent years have seen some seismic shifts and high profile events worldwide which reflect both the desire and the barriers towards participating in the democratic process, both amongst adults and young people.

Democracy matters more than ever, as does participation. Closer to home, the significant level of engagement in the Scottish Independence Referendum challenged the long-held assumptions of many people that young people are apathetic towards voting and political participation. Over 100,000 16 and 17 years olds registered to vote. Evidence shows they were amongst the most informed, engaged, and questioning voters, carrying out their own research and using multiple sources in order to come to their own personal decision.

Here at Young Scot, we have always seen how passionate young people are to get involved and make a difference, and we were delighted that the Scottish Parliament has introduced legislation to enable 16 and 17 to vote in future Scottish Parliament and local Council elections. We are excited about seeing even more young people getting involved in debating the issues that are important to them in the run up to the elections in May this year.

The Referendum also demonstrated what has been evident through academic studies and classroom discussions galore: young people are more actively engaged and motivated by issues, from the global (e.g. tackling climate change) to the local (e.g. campaigning to improve local amenities), than traditional “party politics”. What this means is that there is a clear opportunity to build on this enthusiasm and curiosity about issues, and ensure young people’s participation in the democratic process does not simply end at the ballot box. That opportunity begins in the community.

In 2014, Young Scot supported the Commission on Strengthening Local Democracy to give young people who suffer inequalities and who do not normally get the chance to voice their views, the opportunity to have their say on how they think local democracy should work. The feedback set out some wide ranging principles related to involvement in the democratic process at all levels.

There was a clear feeling at the event that young people wanted to be part of local democracy and that they should have a real say in local matters – particularly if it directly impacts on them as individuals, their friends, their family, and their wider communities. Community Councils are well placed to play a crucial role in listening and responding to the issues which are important to young people locally.

There are already some great examples of ground breaking work done by Community Councils in engaging with young people. However, with the profile of localism increasing, particularly through the implementation of the Community Empowerment Act, and young people calling out for greater involvement in decision making processes, there has never been a more exciting time to explore new partnerships, cross sector collaborations and approaches which can support Community Councils to meet their aspirations to fully engage and involve young people.

New developments and frameworks have begun to support this, including trials of reduction in the minimum age for full members of Community Councils and the production of Scottish Government guidance on how to involve young people in alternative ways through Associate Membership, Youth Committees and Indirect Involvement. There are lots of dynamic ways to draw on the skills and expertise of those working with young people at a local level to support their involvement, as well as exploring connections with existing local participation structures such as youth councils.

Here at Young Scot, we are increasingly working with public bodies and third sector partners locally and nationally to support them in shifting their engagement with young people from more traditional consultation activities (too often not respected nor leading to positive outcomes) to approaches based more around the principles of co-production and co-design. This involves engaging young people as early as possible in the decision making process, sharing knowledge and power, working with them to develop new ideas and solutions, rather than commenting on suggestions and proposals already shaped. There is a fabulous opportunity for Community Councils to be at the forefront of this, pioneering new co-design new models of participation at a local level with young people.

Young people are not citizens of tomorrow – they are citizens today, accessing services and playing their part in the life of our communities. We stand ready with our partners to support Community Councils across Scotland in meeting their ambitions for deeper engagement with young people in the future. Our young people are ready too.

Why not participate in a discussion around the topics raised in Louise's post? You can share your views in the Knowledge Hub group* 'Scottish Community Councillors Development Network'.